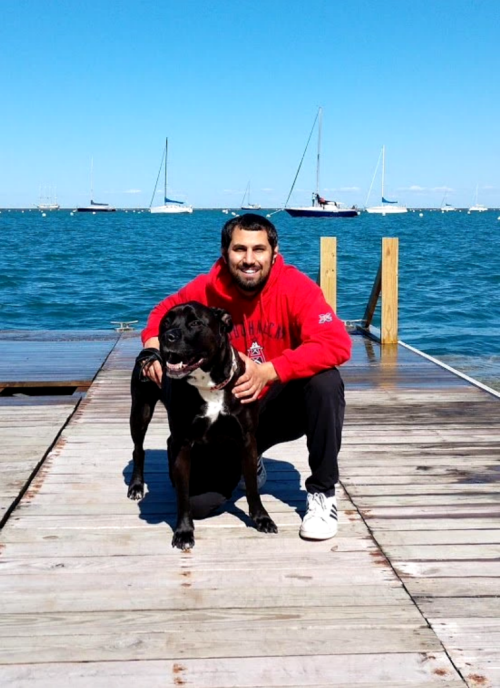 He’s cute. He’s cuddly. And he poops a lot. But under all of that, he’s had his tough days. Rescued in 2019, he’s finally living life. He’s described as a “Weekend Warrior.” He has a lot of energy. With Spring here, we make it a weekend goal to be in the city on the Lakefront for long walks. It’s his favorite place. In November of 2020, he was running around with my nephews and came up hobbling after a while. It was revealed two days later that he had torn both of the ACL’s in his back legs. One leg had a full tear and the other being a partial.

Surgeries occurred in December of that year and four months after in April. In between those two, he had a minor surgery on his foot. A recovery time of up to 12 weeks was projected. Within eight weeks, he was back to his same self of chasing squirrels and being a ladies’ man.

How did this happen quicker than expected? CBD Pet Treats. Given daily for him during this recovery process, he was more calm and rested. He was eating normally.

We have several types of pet treats available for your best friend. They can be used for calming or mobility. They are also available in tincture form to put onto food or in water.

We are DeKalb County’s first home for CBD products, including these treats. If you want to see how these can help your best friend, stop in and see us.